In late 1919, Colonel Patton visits the Grand Duchy of Luxembourg for the first time.

According to a letter he wrote to his father at the time, he describes Luxembourg as a very beautiful country.

During this visit he meets Major Heckmann, then commander of the company of volunteers.

Shortly before his visit, the company had mutinied, and the unit was dissolved.

Patton finishes his letter by remarking:

“It is the first country in the world without an army. A terrible example of how not to do it.”

On 21 December 1944, General Patton establishes his headquarters in the Pescatore Foundation in Luxembourg City. The operations room is located in the large dining facility.

During the same period, the headquarters of the 12th Army Group (Bradley) is located in the building of the Railway Directorate, at the Metz Square (Place de Metz). 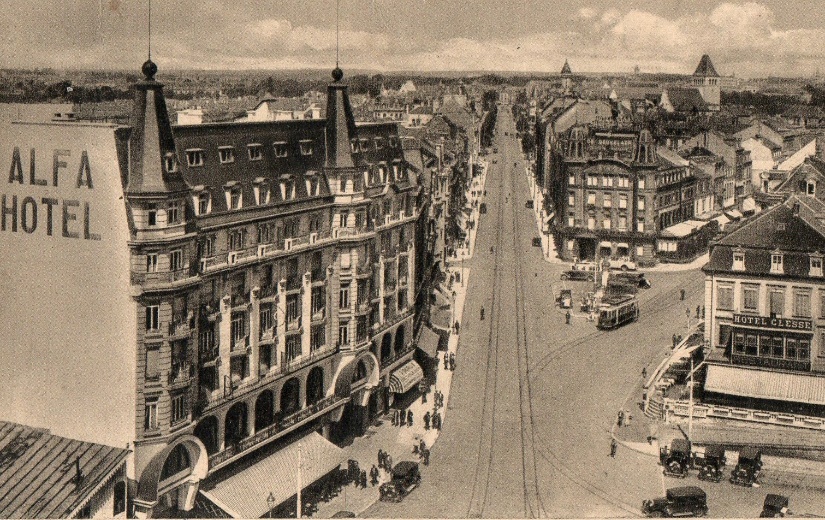