THE PATTON SQUARE IN ETTELBRUCK

Important information to visit it:

Please note that there is no parking at Patton Square.

A public car park is located at the ARAL Station 200 m away.

Download the History of the Origine of the Patton Square

The town of Ettelbruck was liberated on 25 December 1944 by Regiment 318 belonging to the 80th American Infantry Division, commanded by Major-General Horace McBride.

The 318th Regiment was under the command of Colonel Lansing McVickar.

During the Battle of the Bulge, the town of Ettelbruck suffered considerable damage.

In 1947, the Union Cycliste du Nord organised a cycling race in honour of General Patton, the Grand Prix Général Patton.

It was within this organisation that the idea was born to create a monument in Ettelbruck in honour of the liberator general.

A national committee for the erection of the General Patton monument was founded and as soon as the project was finalized, the monument was solemnly inaugurated on May 16, 1954 in the presence of the general’s son, Captain George S. Patton IV and a large number of civilian and military authorities. 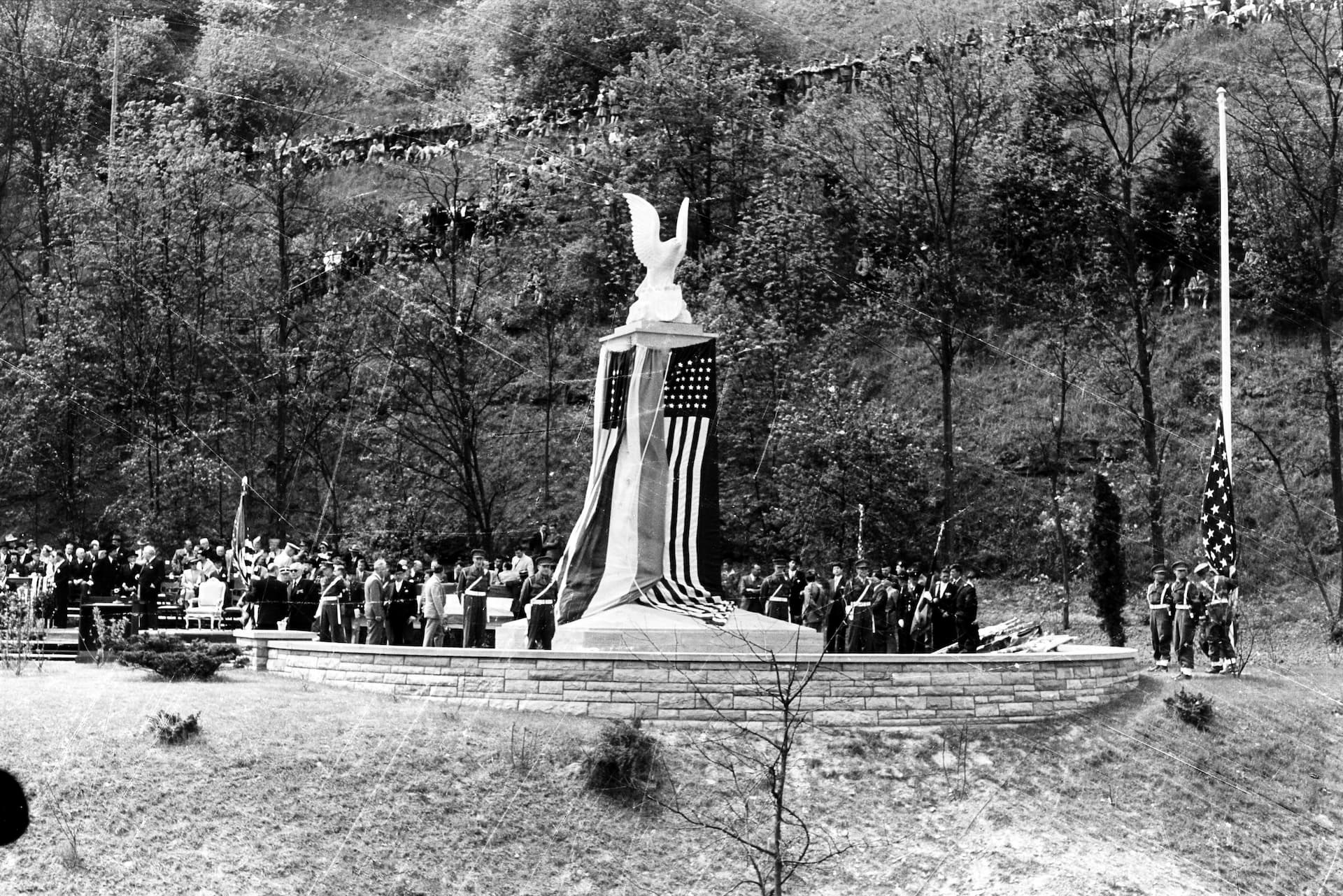 The base of the monument presents a sword pushed into the native land as a sign of armistice and peace.

The base of the monument presents a sword pushed into the native land as a sign of armistice and peace.

Above the base rises the American eagle which recalls the harsh moments of war and declares the end of hostilities in Europe.

Opposite the monument bears the inscription:

and on the reverse the names of the bodies and divisions that participated in the freedom of the country.

Here the inscription is as follows:

To the everlastion remembrance of their sacrifice. 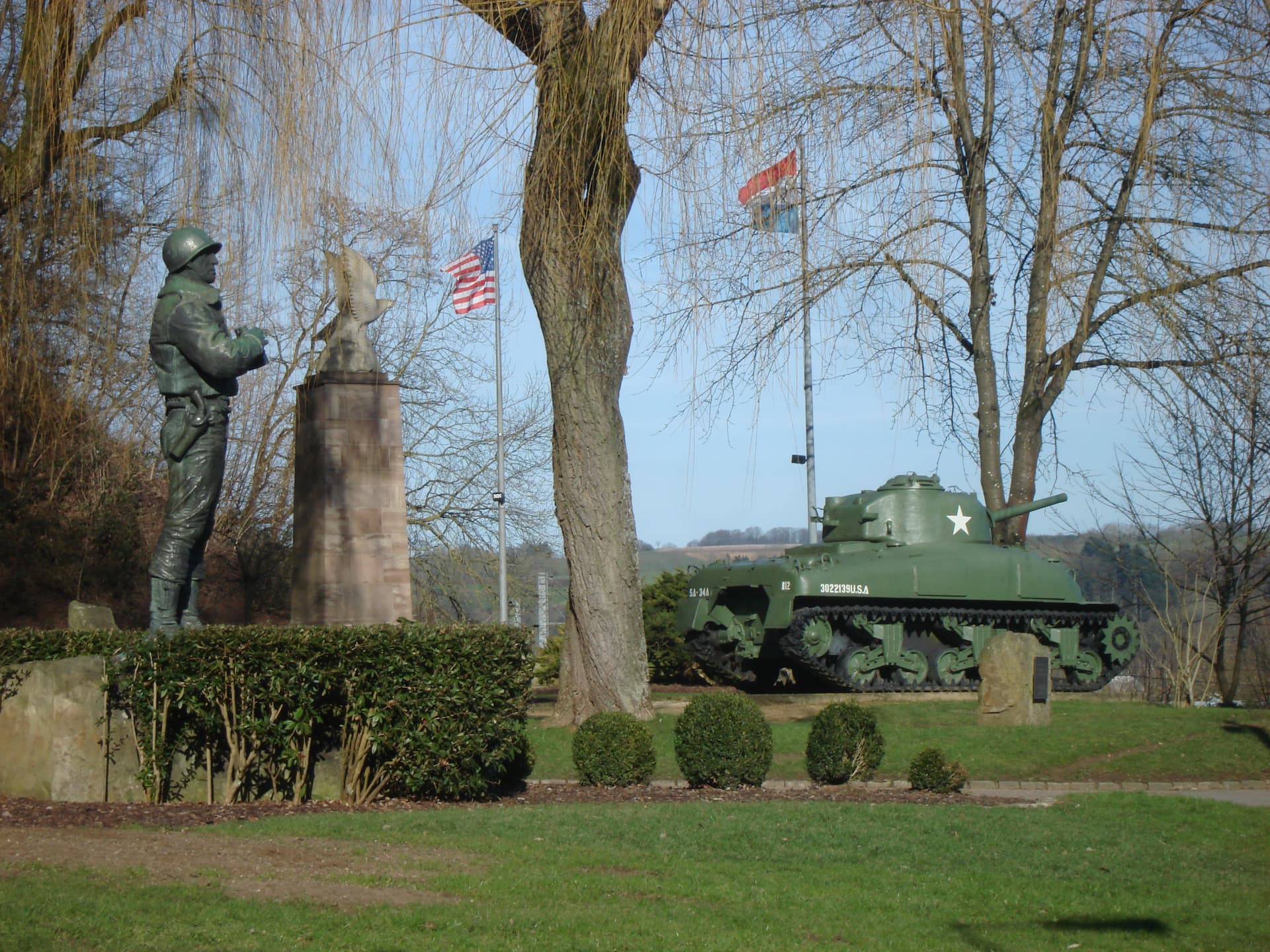